When you see an image, you know if you like it or not, and will probably be able to describe why it affects you the way it does. Many of you have also likely had your images critiqued by a judge for a competition or by a pro during a workshop. Hopefully, any feedback you got was helpful, and allowed you to see any strengths or deficiencies in your image in a new way. But is it the “right” way? 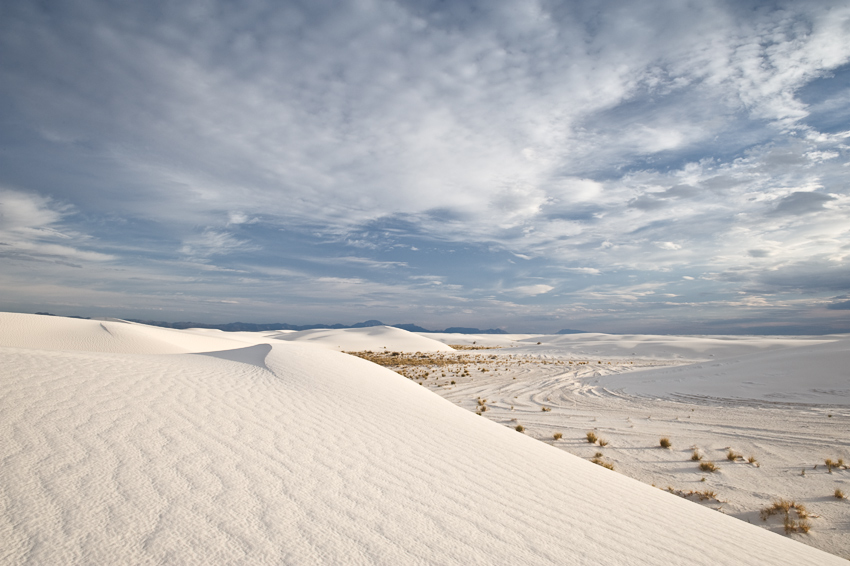 On two different occasions, I had two pros critique the White Sands image above, and got polar opposite responses. At a camera club competition, pro Craig Tanner said he loved how the story of the dune field was told in a single image, and how the different series of curves in the dunes, in the dune tracks, and in the clouds made a dynamic composition. It kept your eye moving around the image taking in all the elements of the scene. He gave it Second place in the Color Print category.

When my friend and mentor British landscape master Charlie Waite critiqued this image during one of his Master Classes, I had to double-check to make sure he wasn’t talking about another image. He wasn’t.

Charlie said it was a jumbled mess, with three unrelated stories mashed into a single frame. There were the graceful ripples and curves of the dunes at the lower left clashing with the discolored, harder-edged dune tracks with scrub bushes scattered about on the right. And that sky! Just too many unrelated shapes and textures to make a cohesive image.

Not only were they commenting on the same image, it was on the identical print, so there was no variation there, either. So, who’s right?

They both are, of course. Each viewed the image from his own unique perspective. Each had, and had clearly expressed, very valid points about the image.

If we’re smart as photographers, we will consider all constructive criticism when evaluating our own images. We might then see ways to improve our images that we missed on our own. But we won’t make changes just to please the critics. As this example shows, we can’t please them all anyway, even if we tried.