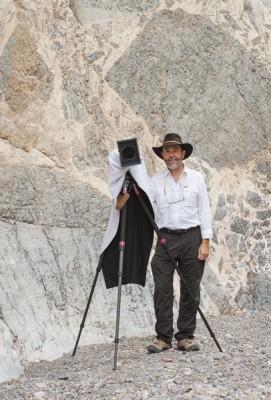 An automotive engineer and forensic photographer by day, I’ve always had a passion for outdoor photography. While I had taken lots of local photography classes over the years, I finally attended my first in-field landscape photography workshop in the Fall of 1999 with the late Galen Rowell. Unfortunately, I didn’t do much shooting with what I learned until I switched to digital in late Summer 2001. Suddenly inspired, I began participating in numerous photography and Photoshop workshops, seminars, and classes with some of the most respected names in the business, including Charlie Cramer, Charlie Waite, Bruce Dale, John Shaw, Jack Dykinga, John Sexton, John Paul Caponigro, Moose Peterson, and Thom Hogan.

Since 2004, I have been co-teaching photography and Photoshop in workshops at the Great Smoky Mountains Institute at Tremont (www.gsmit.org) with Bill Lea each Spring and Willard Clay every Fall. Since Will’s retirement after the 2014 workshop, I have been asked to lead the Fall workshops at Tremont. For several years, I taught Spring workshops with Lori Kincaid in the Max Patch area of the Appalachians. I’ve also co-led NANPA Regional Events in the Everglades (in 2012) and the Smokies (in 2015).

Since it’s inception, I’ve assisted Kevin Adams and Bill Lea with their annual Western North Carolina Foto Fests (now Smoky Mountain Foto Fest: ), and was invited to make a couple presentations and to co-judge the Foto Fest photo contest in 2013. Starting in 2005, I have also helped British master landscape photographer Charlie Waite with all ten of his Master Class workshops in the US.

For the past several years, I have judged many photography competitions, and have given many photography and Photoshop talks, workshops, and classes for various clubs and groups around the country. I was on the Board of Directors of the Georgia Nature Photographers Association, and served as President for two years. I was also a two-term President of the Roswell Photographic Society, and a founding Board Member of the North Georgia Camera Club Council.

I’ve been fortunate enough to win numerous photography awards, and have sold images in a number of shows and galleries. For several years, White Sands National Monument sold my images exclusively in their museum store.

I have recently developed a weather-proof focusing cloth, which is available directly from me for $89 ($84 plus $5 shipping and handling). I’ll be posting more about it soon, but feel free to e-mail inquiries in the interim.

Here’s how to reach me: