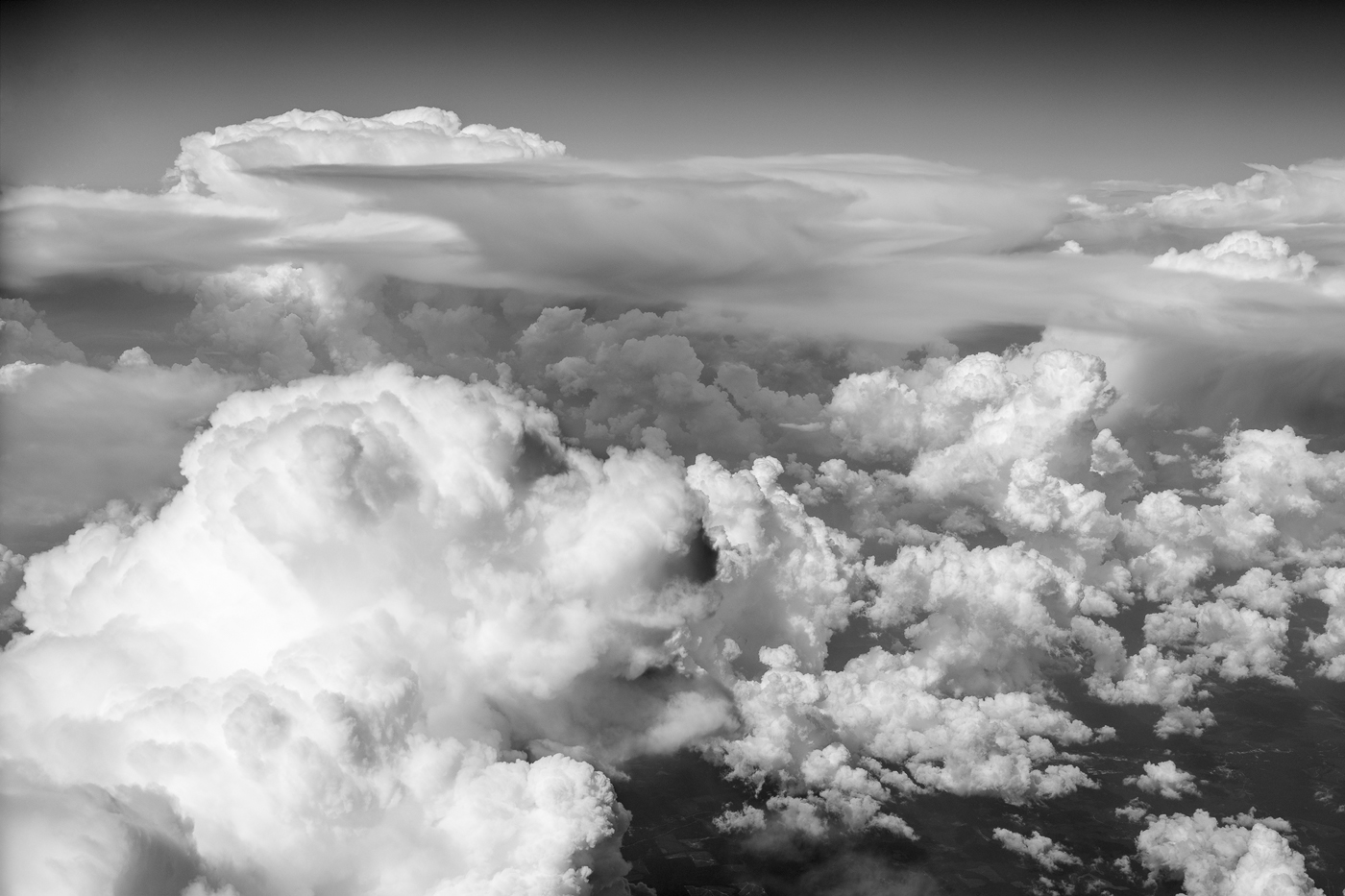 While I end up flying fairly often for work, I usually choose an aisle seat. They don’t seem as confining, and allow me to get up and move around if I choose. This is especially important on cross-country flights. But on a recent return flight to Atlanta from Los Angeles, I was able to get a window seat in first class on a new Delta Boeing 777-200LR. On this plane, there was only one lay-flat seat on each window side. It was the best of both worlds: window and aisle access all in one.

You can adjust your lay-flat seat into all kinds of positions. Since it moves and takes up so much room, each seat is in its own “pod”, surrounded by walls except for the opening to access it. While this is nice and private, the walls impede your direct access to most of the windows. (I found that only Row 5 had direct window access. I was in Row 4.)

Wanting to take advantage of window access to shoot with my new Nikon D850, I made sure to sit on the left side of the plane so it would be in shade most of the eastbound trip. I planned to use both my ZEISS 135mm f/2 Apo Sonnar T* and ZEISS Milvus 50mm f/2 macro lenses.

Right after takeoff from LAX, I noticed the pod wall made getting a DSLR and lens perpendicular to the window nearly impossible. Since this plane was meant for long flights at high altitudes (the flight preceding mine came in from Sydney, Australia), the multi-layered windows seemed particularly thick.

I had started with the 135mm lens, which was physically long enough to force me to hold the camera at an angle to the window. Even though the ZEISS 135mm lens is one of the sharpest ever made, I could never make a sharp image with it on the plane due to distortion from shooting at such an angle through the glass layers. I reluctantly abandoned it.

When I got home, I looked at the images on my desktop monitor, and saw just a narrow band of focus on each image I made with that lens. Focus rapidly dropped off in either direction from that narrow band. All those window layers had increasingly distorted the image the further away from the focus plane you looked.

Fortunately, I was just able to fit the D850 with the 50mm macro lens perpendicular to the window. Of course, if the lens was against the window, vibrations from the plane would have made every image blurry. So I had to hold it back just a little, while making sure to keep the window frame out of the photo. It was a tight fit, but I was able to get sharp images with this combination.

As we were approaching Atlanta, thunderstorms began to form. Our pilots zigzagged around them, which gave plenty of opportunities to photograph their incredible shapes. During one of our pivots, I saw and photographed the elusive Dog Cloud! Granted, it’s not quite as famous as Bigfoot, the Loch Ness Monster, or Elvis sightings. But being a dog lover, I was glad to prove it exists.

When shooting from aircraft, a fast shutter speed is required to compensate for vibrations on the plane and for the high speed of the plane. The closer your subject is to the plane, the faster your shutter speed needs to be. This photo was made at 1/800 second to make sure the relatively close Dog Cloud would remain sharp.

Shooting from commercial airliners has plenty of challenges, but is fun and can be rewarding.