At the end of December 2015, I asked 21 friends and fellow photographers to upload their five favorite images made during 2015. The result was a visual feast of fantastic images made anywhere from a backyard to some pretty exotic locations. Many interesting comments and discussions followed, making the exercise even more fun.

One topic that was mentioned in a few group e-mails, and was discussed among several smaller groups, is the difference between a “favorite” and a “best” image. The choice of the word “Favorite”, without a definition or without restrictions, was intentional from the beginning.

There is no single definition, of course, and I’m not sure I can even consistently articulate what distinguishes one from another in my own work. One test I initially thought of was asking myself, “Which five images, if I were to frame them and hang them on the wall, would I still enjoy looking at and have feelings about over time?” I figured those would be what I would consider my favorites. But would they also be the ones I would choose as my best? Are my best images my favorites? So that definition didn’t really help, either.

Does it even matter whether we call them “favorites” or “best”? I think it could.

I was surprised that no one posted any image of any family member, including pets. It’s interesting that a couple people mentioned in e-mails about having favorites of their grandkids, but none of those were submitted. On purpose, there were no restrictions that images had to be of nature, or even made outdoors, although most of them were. There were no limitations on natural or added light; post-processing; subject; or, with or without people. The only restriction was that the images had to have been made in 2015.

Most of my friends know how much I love my God-dog Fredo. I have been her Dogfather since she was brought home by a friend just a few weeks after she was born. (She’s 7 ½ as of January 2016.) I helped raise her, and we have been best friends since we first met. I made the image below of her in 2009, and it has been my favorite photo ever since. It’s in a frame on my credenza right in my line of sight when I look up from my desk. If I had made it in 2015, it would definitely have been in my five favorites from that year. 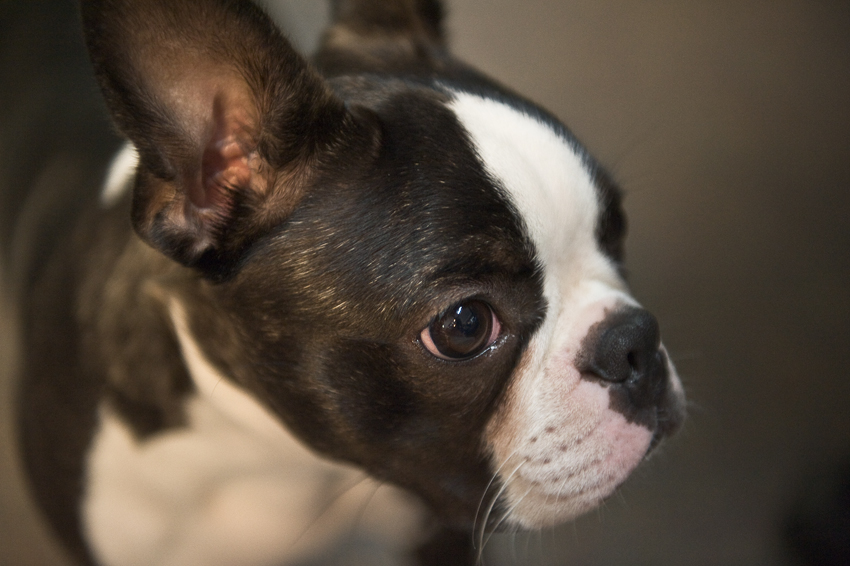 The reason I bring this up is that unfortunately, in 2015, I made only a few quick snaps of Fredo with my cell phone. They remind me of things she does and of times we shared, and they never fail to make me smile. Yet, while they mean a lot to me, and I’m really glad I have them, I didn’t consider them when I was choosing my favorite photographs. The question is “why not”? If she means so much to me, and if I treasure the pictures of those moments with her, how can they not be among my favorite photographs?

Taking that a step further, I regularly take pictures—often with my iPhone, but increasingly with my D810—of places or things I like or have enjoyed. Those photos may be of a favorite restaurant (inside or out), an interesting vehicle, a clever sign, or even a place I regularly stop when I’m on a trip. They are all photos of things that have meant something to me, yet, again, none of those would make the cut as a favorite photograph from any given year. Why not?

Is it the technical quality that makes an image a favorite? Well, I would argue that a well-executed image that doesn’t have any real meaning is nothing more than a technical exercise. That would never be a favorite. (And I still have to fight the urge to make those! But I digress…..)

After several general discussions and much pondering, I’m starting to think that my favorite and my best photographs are tightly intertwined. In fact, they are likely identical. (I haven’t done an exhaustive analysis, but that’s my strong suspicion.) The above image of Fredo would have made the cut if it had been made in 2015 because I like the subject, the subject’s gesture (as Jay Maisel calls it) means something to me, and the technical details (light, composition, framing, sharpness, etc.) all come together, for me. In other words, I captured my chosen subject, at the right moment, with the right composition, at the right exposure for creating the image I intended. If I had made a similar snapshot on my iPhone of her looking off to the right, I might have treasured capturing the moment, but without the technical execution of the version above, it would not likely have made it as a favorite photograph. A favorite memory, certainly, but not a favorite photograph.

So it seems that to be one of my favorites, an image has to be what I intended, be well-executed, and evoke an emotion in me. All three elements must be there. Fortunately, looking back, the five I chose as favorites of 2015 meet those three criteria for me. (That being said, I have already had at least one person looking through my five 2015 favorites ask how could I have chosen that image?)

As to best versus favorite, the argument could be made that your best images would be interesting and technically sound, but to be a favorite, they also have to evoke an emotional response in you. In the end, most photographers could probably agree on which images are your best, but only you can determine which are your favorites.

If one of my images doesn’t evoke an emotion in me, I wouldn’t consider it one of my best. Hence, for me, my best and my favorites are pretty much the same.

I hope this helps when you’re reviewing your own images. For me, it was worth the exercise.

2 thoughts on “Favorites vs. Best”